Signs and Symptoms of Liver Cancer

Liver cancer has reached epidemic proportions lately. Courtesy World Cancer Research Journal, the liver cancer incidence rate stood at 10.1 per one million people and the mortality rate was 9.5 per 0.1 million population in 2017. Cancer.net puts the estimated number of infected Americans at 42,220 with 11,610 females and 30,610 males. Notably, the incidences have increased three folds since 1980 presenting a serious threat to public health. The same resource indicates Southeast Asia and sub-Saharan Africa to be the most affected regions.

Small liver tumours often go undetected until they gain mass. The reason being, the rib cage covers the liver to the point that tumours in initial stage go unnoticed even when screened.  Typically, there are no symptoms to indicate the presence of liver cancer until it gains criticality. However, in some cases, they present themselves early, alerting you to the risk looming large. Seek medical intervention as soon as any of the below-mentioned signs and symptoms begins to surface. Remember, the early presentation can increase the chances of recovery drastically.

The symptoms of liver malignancy can be broadly bifurcated into two categories – Primary and Advanced, depending on the growth and spread of cancer.

The liver is a football-sized organ tasked with filtration of blood, conversion of nutrients into readily usable chemicals and waste removal from the blood. Since blood is required to pass through liver, it is prone to metastasis. For starters, metastasis is a secondary cancer-causing process involving the spread of a malignant tumour from a remote site to a new one within the host body through the bloodstream. Besides being vulnerable to secondary cancer, the liver is capable of self-infecting as well. However, the primary liver cancers are rare, just 2 per cent of all cancers. Researchers indicate women to be twice as susceptible to primary liver malignancy.

The causes of primary liver cancer referred to as Hepatocellular Carcinoma in medical terminology, cannot be nailed down to a single source. They may include, but not limited to: 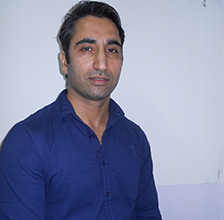 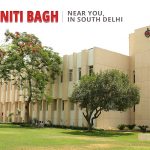