Home » Cancer » How to Detect the Sign and Symptoms of Cancer

How to Detect the Sign and Symptoms of Cancer 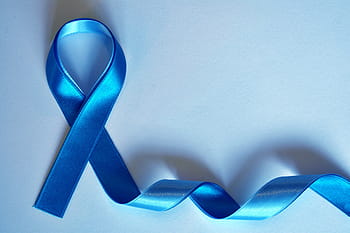 Cancer is an amalgam of diseases in which the body’s cells begin to divide but are unable to stop after a certain point of cell growth. Cancer is a disease that can start anywhere on or inside the body. This is due to the breakdown of the machinery that tells the cells to stop multiplying further. In this case, the cells keep multiplying and cause extraneous growths known as tumours. While most forms of cancers produce solid tumours there are some like Leukaemia that does not form solid tumours in the body. Cancerous tumours are malignant which means that they spread to other parts of the body and worsen the situation.

On the other hand, Benign tumours do not spread to other parts but are usually larger than malignant tumours. These might not be as dangerous as malignant tumours but benign tumours are often infested in the brain are life-threatening. The other difference between benign and malignant tumours is that when removed benign tumours don’t have such a high chance of remission that the malignant ones have. Cancer cells tend to be less specialized than their normal counter. Some Other Basic Symptoms of Cancer arts and often cause hindrance in the working of the normal cells. They are usually larger and consume more oxygen for the prime purpose of reproducing and not contribute to the normal functioning of the human body.

What are the Early Symptoms of Cancer

The early symptoms of cancer are often different in men and women. While men suffer from testicular changes, urination problems and altered bowel habits, females patients, on the other hand, are generally diagnosed with a lump in breasts or unintentional weight loss as an early sign. Some people may not notice these signs as they come but with time these little symptoms do not subside and often become very problematic. Being privy to information like this may help the person to get better care before cancer’s first stage symptoms start advancing. The golden rule of cancer is that it is much more curable during the early stages rather than the later ones. Below are some of the first symptoms of cancer.

Irregular bowel movements can be attributed to several reasons and are usually not a cause for concern. But if the changes that you observe are not usual and a bit drastic they could be inflammatory bowel disease (IBD) and is usually an indicator for bladder and prostate cancer. Both the haemorrhoids and colorectal cancer have very similar symptoms but what differentiates them is the fact that Haemorrhoids usually cause problems in intervals while colorectal is much more persistent and consistent in the long run.

People who see blood in their urine must immediately consult a doctor since it is in not good news in most cases. Urinary problem is a salient symptom for bladder cancer, even pain during urination can be classified as a symptom of cancer.

Minor changes in the body are not a cause for concern as they can happen to anyone at any point in time. Weight concerns range from major weight gain or loss issues happening in a short amount of time. If one loses more than 5% of their body weight in a period of fewer than 12 months without indulging in abnormal eating habits or exercising then one should see a doctor right away.

It is rarer of the form of cancer symptom and an early indicator of cancer in males. Any pain or numbness that lasts for more than a few days must be checked by a doctor as it can be related to cancer spreading in the groin.

Although it generally happens to females, men are can also develop this form of cancer. If you see any changes in your nipples or feel a lump under your arms see a doctor immediately as these can be one of the early symptoms of cancer.

Some Other Basic Symptoms of Cancer

1. Persistent cough and blood in saliva: Anyone with a cough that lasts more than a month should get themselves checked as it could be neck or lung cancer.

2. Change in Bowel habits: Change in the bowel can be attributed to many factors but if it is drastic and reason for it cannot be singled out i is very likely that one has cancer

3. Blood in Stool: This condition is never a good sign and one must go to the doctor and get it checked.

4. Unexplained Anaemia: A low blood count is never a good sign of health but if drops suddenly from being at a healthy number to low. This sudden can be attributed to cancer and should be investigated immediately.

5. Breast Lumps: Lumps under the arm beside the breast is a sign of breast cancer.

6. Lumps in Testicles: Any kind of lump whether numb or painful can be a sign of cancer of the testes.

7. Painful urination is also a sign of cancer of the prostate or bladder.

Know about a different type of cancer and their symptoms

There are more than 100 different types of cancer and it is vital to know some of the basic types so that you can spot this disease before it is too late. The earlier it is identified the better it is for the patient. The more information one acquires about the types of cancer and their symptoms the better it is for all of the people in general. Symptoms of different cancers differ but some of the signs and symptoms can overlap too. Below is a list of cancers and symptoms that they show.

1. Non-Melanoma Skin Cancer : It is the most common type of cancer and affects basal cell carcinoma.

2. Breast Cancer : It is cancer that originates and spreads from the breast and is present in both males and females

Lung cancer does not show symptoms until it is very late as your lungs have very few nerve endings and any tumour formed on them would be painless.

Signs of these cancers don’t show up until it is very late to often mimic the behaviour of haemorrhoids.

Since Melanoma causes changes that are visible to the naked eye you must check your body from head to toe once a month.

Cancer Symptoms Which are Hard to Detect

Cancer is a silent and deadly disease which in most cases comes unannounced and can be tough to detect no matter how vigilant you are. Your best bet is to live an active lifestyle and watch your intake of food and try and keep your best stay away from radiation as much as possible. These are some of the types of cancer that are hard to detect.

This is another form of cancer that is very sneaky and can only be detected only in the very last stages of cancer when it has spread to the bone.

The only apparent sign of this is blood and discomfort while urinating and it is mostly too late when it is detected.

Another cancer that is very hard to detect is colon cancer that only shows symptoms of polyps in the intestine and dark stool.

What are the symptoms of Cancer Tumour

There are two types of tumours Benign and Malignant. Benign tumours are characterised by the fact that they do not spread to the other parts of the body while malignant tumours will move away from the source of their origin. It is very tricky to specify what kind of a tumour it is without doing any kind of biopsy on the tumour sample. A benign tumour might not be as serious or dangerous as a malignant tumour per se but the position of the tumour can amplify the threat to life. For example, a benign tumour on the brain stem in most of the cases is inoperable and life-threatening if not treated right. Changes in behaviour are also to be expected.

Most of the symptoms depend on the placements of the tumour and the organs it is affecting. For example, tumours in the brain usually affect vision and memory. It also induces headaches and leaves you with a bad memory.

Some of the most common symptoms are

Know about the Symptoms of Cancer in Females

Cancer Symptoms in women are a bit different owing to the different anatomy of the female body. Many symptoms usually coincide with many other problems that are prevalent among women. Some of the most common symptoms are:

How to Detect and Deal with Cancer Symptoms

Cancer is a disease that comes unannounced and is always a difficult time for people who are suffering from it but also for the people around them. This disease does take a toll on both the physical and mental health of everyone involved as it takes multiple weeks or even months to get rid of the disease. As someone who is dealing with cancer one must expect certain things and changes that can happen over the time of the treatment and make sure that they are equipped in the best possible way to deal with these situations.

On all occasions, one must be supportive of the person suffering from cancer and must keep their morale up, constantly reminding them of all the good times and they have had and can have. Physical attributions can be demotivating as self-image and self-esteem of the person can take a hit. Doctors and nurses will give you counselling on how to go on about the treatment and what one can expect from the treatment that they offer.

Cancer Cure: An In-Depth Analysis of Its Biology and Future Outside

Understanding the Different Stages Of Cancer

What Is New In 5th Edition WHO-FGT

Palliative Care: What Is It and What Are Its Benefits for People? 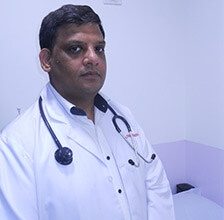 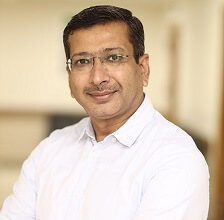 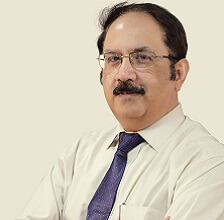